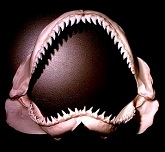 Three people died worldwide from shark attacks last year, far below the average of 6.3 deaths per year over the past decade, according to the International Shark Attack File report released by the University of Florida today.

The U.S. had no fatalities, while Australia had two and South Africa had one. The decrease in fatalities follows a downward trend that George Burgess, curator of the world shark attack data housed at UF’s Florida Museum of Natural History, attributes to advances in beach safety, medical care and awareness of how to avoid attacks.

While fatalities were down, attacks were up slightly in the U.S. and Florida, while worldwide attacks dropped from 75 in 2013 to 72 last year, Burgess said. However, the overall trend decade to decade has been a steady increase in attacks, which Burgess expects to continue.

“I am willing to predict that there will be more attacks in the second decade of this century than there were in the first,” Burgess said.

That doesn’t mean sharks are getting a taste for humans, but rather that humans are ever more likely to be where sharks are feeding. As the human population and the popularity of aquatic pastimes grows, so do the chances of human-shark interaction – and attack.

Florida led the nation with 28 attacks, more than half of the country’s 52 incidents. Hawaii had the second-most with seven. South Carolina followed with five, North Carolina and California each had four, while Delaware, Georgia, Louisiana and Texas each had one attack. Florida’s position atop the list is hardly surprising, given the state’s year-round appeal as a surfing and swimming destination. Burgess notes, however, that many Florida incidents rank low on the Shark-Induced Trauma scale he helped develop to rank the severity of attacks from 1 to 5, with 5 being the most serious.

“Most of them are better called bites than attacks. They’re the equivalent of dog bites,” he said.

UF’s International Shark Attack File collects data on shark-human incidents worldwide each year, verifying the encounters and evaluating which were unprovoked. (Provoked attacks include situations such as cleaning aquariums or removing hooks.) While unprovoked attacks are on the rise, Burgess reminds beachgoers they’re far more likely to win the lottery than to encounter a shark. By studying shark attacks, Burgess hopes he and his global network of scientists and observers can help prevent future clashes between the species.

“It’s amazing, given the billions of hours humans spend in the water, how uncommon attacks are,” Burgess said, “but that doesn’t make you feel better if you’re one of them.”