By: Helmut|Published on: May 7, 2014|Categories: Shark Attacks - Related Incidents| 1 comment

In addition to the ongoing monitoring and researching of sharks and the continued partnership with Surf Life Saving WA for aerial and beach surveillance, he said the added protection of drum lines had gone some way to restoring confidence among swimmers, surfers and divers using Perth and South-West beaches.

Mr Baston said the drumline program had proved effective in complementing the other strategies.

Thirty drum lines were removed from Perth’s main beaches on April 30 and the same number from the South-West.

A total of 172 sharks were caught on the lines – 111 of them off the metropolitan coast – and 90 sharks were tagged before being released.

No previously tagged sharks were caught and 90 new sharks were tagged in drumline operations.

Fifty sharks larger than three metres were destroyed, including five over four metres.  Another 95 caught were bigger than two metres.

The largest shark was caught in February at popular Floreat Beach and measured 4.5m.

“The human toll from shark attacks in recent years has been too high,” the Minister said.

“Our carefully implemented policy targeted the most dangerous shark species known to be in our waters – white, tiger and bull sharks.

“While of course we will never know if any of the sharks caught would have harmed a person, this Government will always place greatest value on human life and I am pleased that these measures working in tandem with our research have gone some way to restoring confidence among beachgoers.

“Our beaches are some of the best in the world and I want future generations and visitors to WA to be able to enjoy them without the constant fear of shark attack.”

Mr Baston said the data collected in the drumline operation would complement existing and new research into shark movements in Western Australian waters.

“We continue to learn more about when and where dangerous sharks are prevalent,” he said.

“This will help researchers who are exploring shark hazard mitigation alternatives.”

“I think the lower number of beach closures negates the fanciful arguments that the drum lines bring large sharks closer to shore,” the Minister said. “At this point, it seems they do the opposite.”

The strategic hook design and daily monitoring of the drum lines has meant only eight marine animals were caught as by-catch, including a north-west blowfish and stingrays.

No marine mammals were caught. 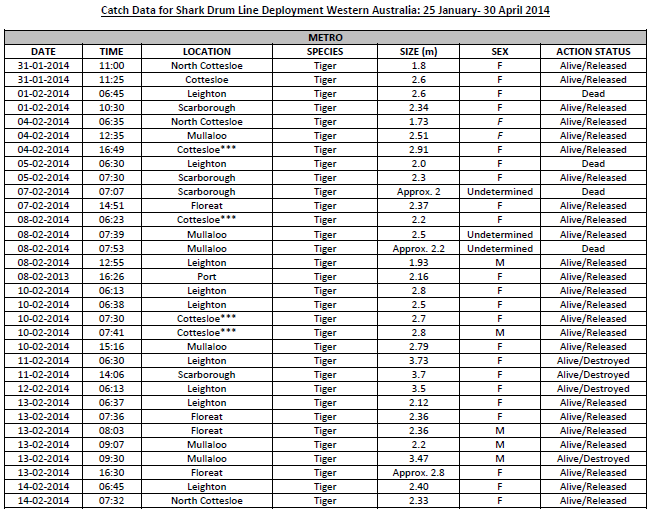 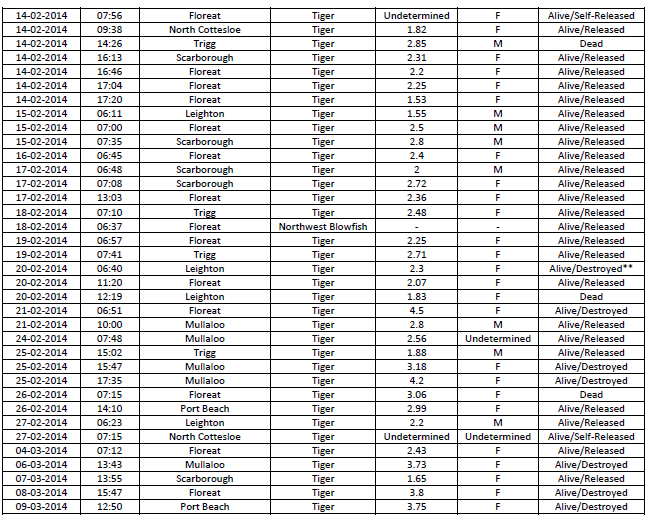 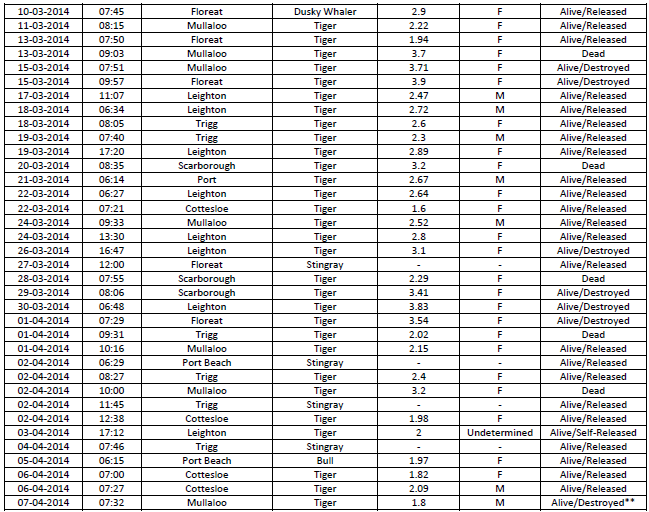 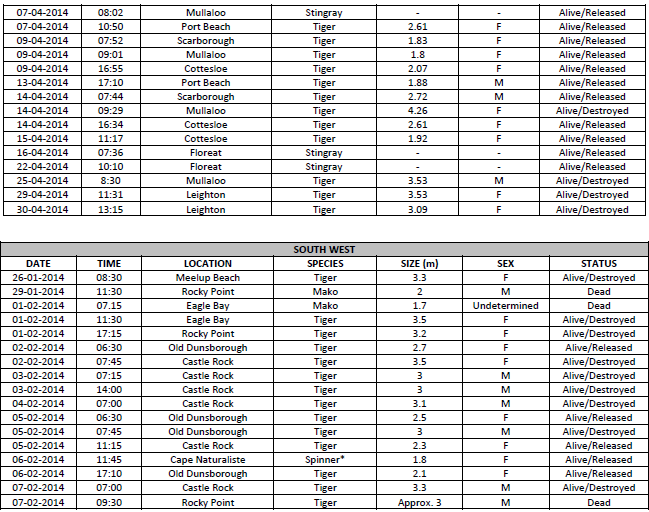 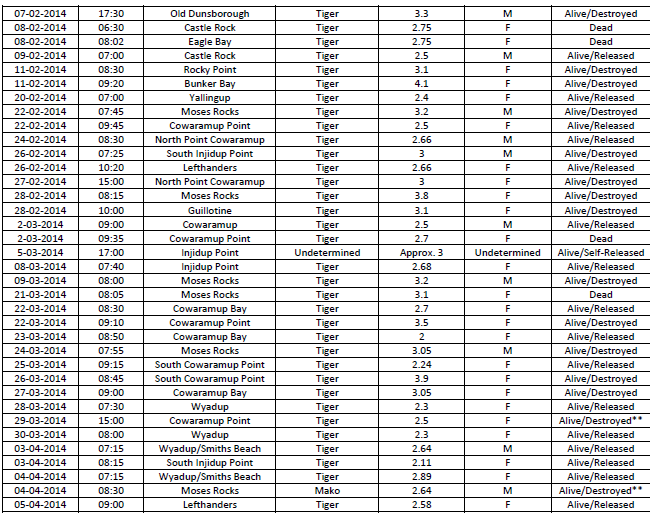