Beachgoers in the South-West will be able to take advantage of a new shark enclosure this Australia Day weekend with the completion of an underwater barrier in Dunsborough.

Premier and Science Minister Colin Barnett today announced that the City of Busselton’s beach enclosure trial at Old Dunsborough Beach was under way.

The State Government provided $165,370 to the City of Busselton to run the trial, which will test the suitability of beach enclosures to protect beachgoers from sharks.

The beach enclosure is designed to be shark-proof and is similar to those used successfully on the Gold Coast to prevent bull shark attacks.

Mr Barnett said Old Dunsborough Beach was an appropriate location for the trial because it was one of the most highly used beaches in the South-West. There have been several shark sightings off the Dunsborough coast in recent months.

“This enclosure, which extends about 100m from the shore and runs parallel with the beach for approximately 300m, is designed to keep swimmers safe by acting as a barrier to repel sharks.

The Premier said the beach enclosure trial was one of a range of measures put in place by the State Government to help Western Australian beach-goers feel safe and enjoy the ocean.

“The State Government recognises that a range of measures are needed to ensure West Australians can enjoy our beautiful beaches.  Funding research into shark deterrents is part of this strategy, as is the beach enclosure trial,” he said.

Mr Barnett said he hoped the trial would be successful and he looked forward to seeing the results. 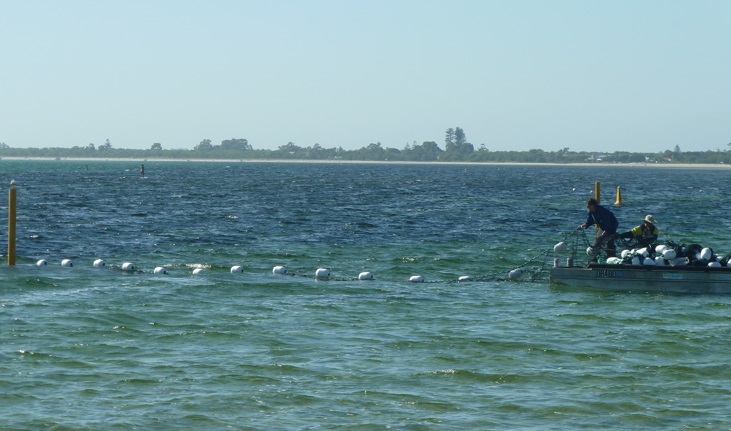