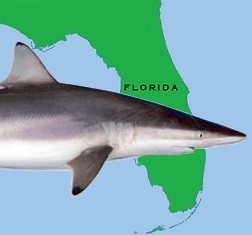 Investigators with the Florida Fish and Wildlife Conservation Commission (FWC) have filed charges against four men linked to the illegal feeding of sharks and fish within state waters.

The investigation started after the FWC received several complaints that shark feeding was taking place off the coast of Palm Beach County during dive charter trips. One complainant told dispatchers she was on a dive trip where sharks were being fed. The person said the sharks had become so aggressive she had to get out of the water.

FWC investigators and the Palm Beach County Sheriff’s Office (PBSO), working jointly, conducted two separate investigations involving two northern Palm Beach County dive charter operators. On Feb. 8, deputies from the PBSO dive team took part in a dive trip on board Emerald Charters of Jupiter. During the dive, video was taken of Randall Jordan feeding sharks by hand while within state waters. He also used a milk crate filled with fish chunks to lure sharks to his location. Thomas Smith was operating the vessel during the dive.

On Feb. 22, the deputies took another dive trip on board the vessel Miss Jackie, which is owned by Luis Roman of Orlando and operated by Toni Crumrine. The boat was used by the Lake Park-based company Calypso Dive Charters. During this trip, deputies took video of Roman feeding a goliath grouper and a lemon shark. Video also shows Roman trying to lure sharks to his location by shaking a milk crate filled with barracuda chunks. Both feeding incidents happened in state waters.

FWC investigators and PBSO divers used several GPS devices and other methods to confirm these activities were occurring in state waters, which, in the Atlantic, is within (or up to) 3 nautical miles from the nearest point of Florida coastline. Fish feeding in Florida waters has been illegal since 2002.

The FWC presented results from the joint investigations to the Palm Beach County State Attorney’s Office, which charged Jordan, Smith, Roman and Crumrine with operating a vessel for hire within state waters to allow passengers to observe fish feeding. Jordan and Roman were also charged with fish feeding. These are second-degree misdemeanors, punishable by up to 60 days in jail and a fine of up to $500.