45 Sharks killed since start of the WA Shark Cull

The following tables show the reported catches made by drumlines in the state of Western Australia from the date of the first deployment in late January to 16. March 2014.

The latest catch data reveals that 111 specimens have been caught (110 elasmobranchs and one bony fish).

The Tiger shark (Galeocerdo cuvier) has emerged as the predominant species with 105 individuals, of which 43 specimens were either found dead or destroyed because they measured over 3 metres in length.

But to date, not even one Great white shark (Carcharodon carcharias) has been caught. 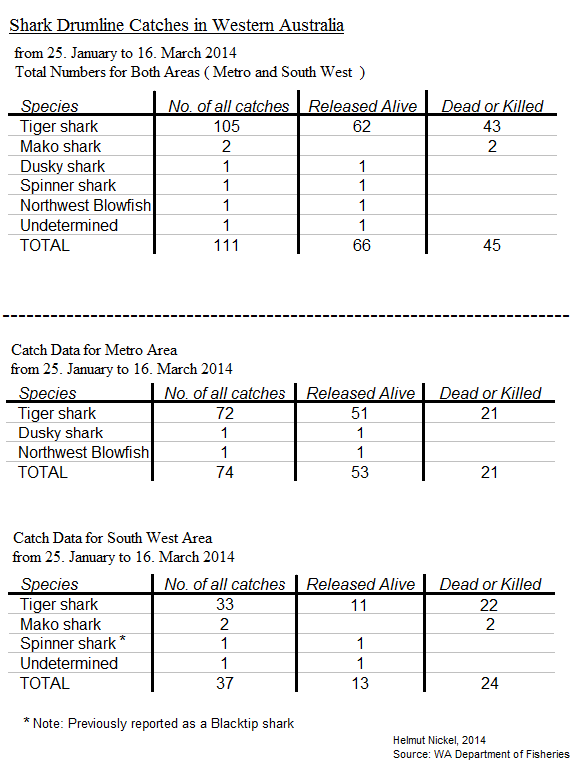 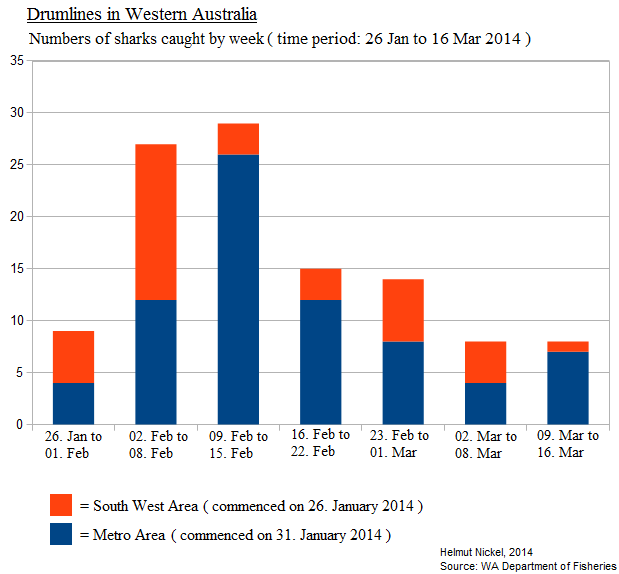