A woman had one of her arms bitten off by a shark in waters off Palauea Beach Park in South Maui late Wednesday afternoon, according to a witness.

Andree Conley-Kapoi of Makawao said efforts to revive the woman appeared to be unsuccessful. She said that the woman had lost one of her arms.

Maui County fire and ocean safety and state Department of Land and Natural Resources officials said that the victim was a visitor from Germany, who was about 20 years old. She was taken to Maui Memorial Medical Center in critical condition.

Carol Clark, spokeswoman for Maui Memorial, said that a shark attack victim was being cared for in the hospital emergency room. She could not disclose the woman’s condition.

The woman, who was about 50 yards from shore when she was attacked, was helped to shore by two male friends, who were nearby in the water, and a kayaker, the public safety officials said.

The water was choppy with limited visibility. The incident was reported at about 4:40 p.m. 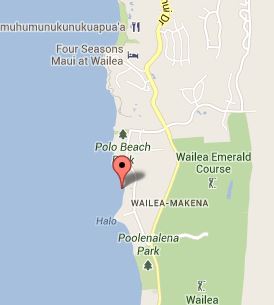 Two miles of South Maui beaches have been closed from Makena Beach Resort to the Mana Kai Resort. Officials will search the area at 5:30 a.m. Thursday to determine whether to reopen the beaches. The beach will remain closed for a minimum of 24 hours per shark attack protocols, public safety officials said.

“We need the public to please understand that we are taking all safety precautions,” said Maui County Supervising Ocean Safety Officer Archie Kalepa.