Shark barrier trial to be run in South-West

Premier and Science Minister Colin Barnett has announced that Western Australia’s first trial of a shark-proof beach enclosure will take place at Dunsborough this summer.

Mr Barnett said the City of Busselton would run the trial at the beach at Old Dunsborough – one of the South-West’s most popular beaches – with $165,370 in State Government funding.

The funding, allocated under the Shark Hazard Mitigation Strategy, will test the suitability of beach enclosures in protecting swimmers from sharks.

The Premier said the enclosure trial was one of a range of measures being put in place by the State Government as part of its Shark Hazard Mitigation Strategy.

He also announced that the second round of funding for applied research into shark deterrents was now open.

Mr Barnett made the announcements at the Oceans Institute at The University of WA, which is already working on research into shark deterrents after receiving two grants in the first round of funding.

“The State Government recognises that a range of measures are needed to ensure that West Australians can enjoy our beautiful beaches. Funding research into shark deterrents is part of this strategy, as is the beach enclosure trial,” he said.

“The enclosure will be located at one of the South-West’s most popular swimming beaches, which is used for school holiday swimming lessons and surf lifesaving.

The Premier said the enclosure would operate as a barrier, rather than a shark netting system (such as those deployed off Sydney beaches) which aimed to trap and kill sharks.

Similar barrier systems have been in operation on the Gold Coast to protect against bull sharks.

“This enclosure is designed to keep swimmers safe while ensuring marine animals, including sharks, are not trapped in the netting,” Mr Barnett said.

The Dunsborough site was one of three options submitted to the Government’s Shark Hazard Advisory Research Committee (SHARC) by the City of Busselton, and was the council’s preferred location.

SHARC is chaired by the Chief Scientist, Professor Lyn Beazley. It assessed the proposal made by Busselton, along with a second proposal lodged by the City of Cockburn, and made recommendations to the Minister for Science based on its deliberations.

Late last year, four research projects were awarded a total of more than $900,000 in the first round of the program.

Under round two of the program, individual grants of up to $300,000 over a period of up to three years will be available to WA-based organisations, including universities, research institutes, industry and not-for-profit organisations to carry out research into shark deterrents.

This round is being managed by the newly established Office of Science, within the Department of the Premier and Cabinet. 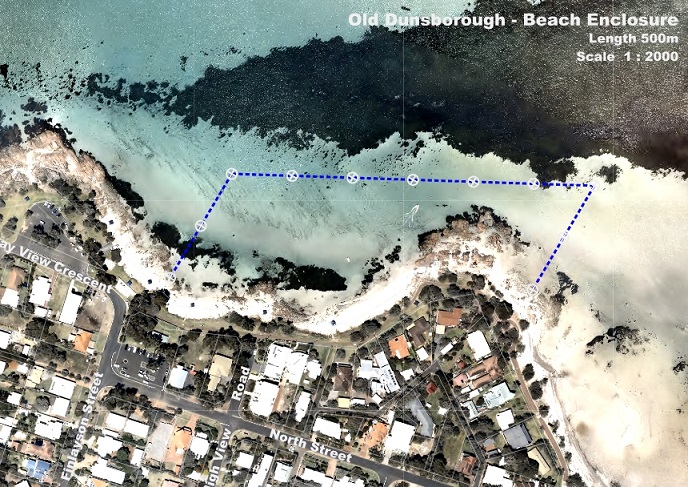