On February 9th, Zohar Kritzer was seriously wounded by a shark while scuba diving in Bora Bora. It’s a small island that belongs to the Leeward group of the Society Islands in French Polynesia.

A sicklefin lemon shark bit on the right forearm of the 48-years old tourist from Canada. The incident occurred during a dive excursion along the outer reef at Tapu. This place is considered as a famous dive site to see lemon sharks.

The injured diver received first aid by the team of the local Topdive Diving Centre. Later, Mr. Kritzer was transported to Tahiti for surgery at the hospital of Taaone. It is reported that the victim faces several months of rehabilitation to recover from his injuries.

According to the source (published on February 21st ), the Topdive Diving Centre has decided to suspend all dive trips to the lemon sharks in Bora Bora until further notice as a precaution.

It is believed that the shark was attracted by the diver’s watch ( also shown in the photo below ).

Emmanuel Bonifait of Topdive is quoted as saying: ‘ The specimen was not aggressive. Five testimonies of divers allow us to exclude any frenzied behavior. It really seems that the diver was injured while the lemon shark was trying to snatch his watch. ‘

There are two different species of lemon sharks: the Atlantic lemon shark (Negaprion brevirostris) and the Sicklefin lemon shark (Negaprion acutidens) which is distributed in the Indo-West and central Pacific. Both species are described as quite shy when approached by divers, but they are potentially dangerous species and should be treated with respect.
According to the International Shark Attack File, lemon sharks were involved in only 10 non-fatal unprovoked attacks. In November 1976, our Shark Year’s Al Brenneka almost lost his life in an unprovoked attack by a specimen of the Atlantic species. Please see the related video HERE.

According to a scientific study released in 2005, scuba divers were involved in the majority (46 percent) of 54 recorded shark attacks and bites that occurred in French Polynesia. But in all these bite incidents, the divers were performing ‘ shark feeding ‘. So fish blood or flesh close to the victims appears to have worked as a stimulus on sharks. The author noted that shark feeding should be considered as a major factor of such bite incidents ( Ref. C. Maillaud et al. 2005 ). 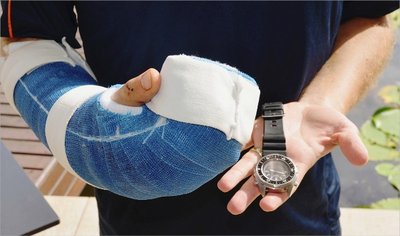