Our related previous posts on this shark incident:

Below is the newly released Coroner’s Report regarding
the fatal shark attack that occurred in New Zealand on 27. February 2013 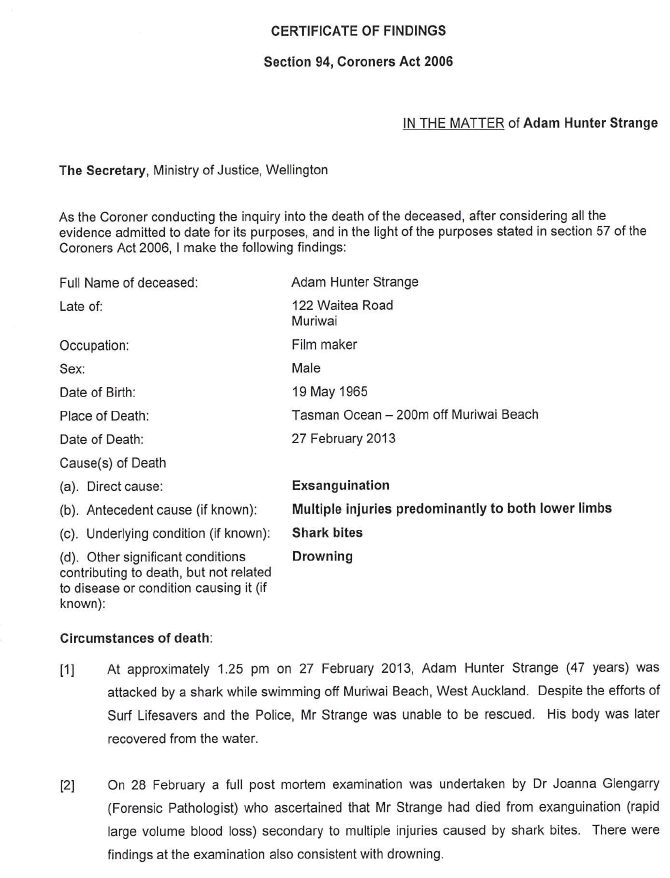 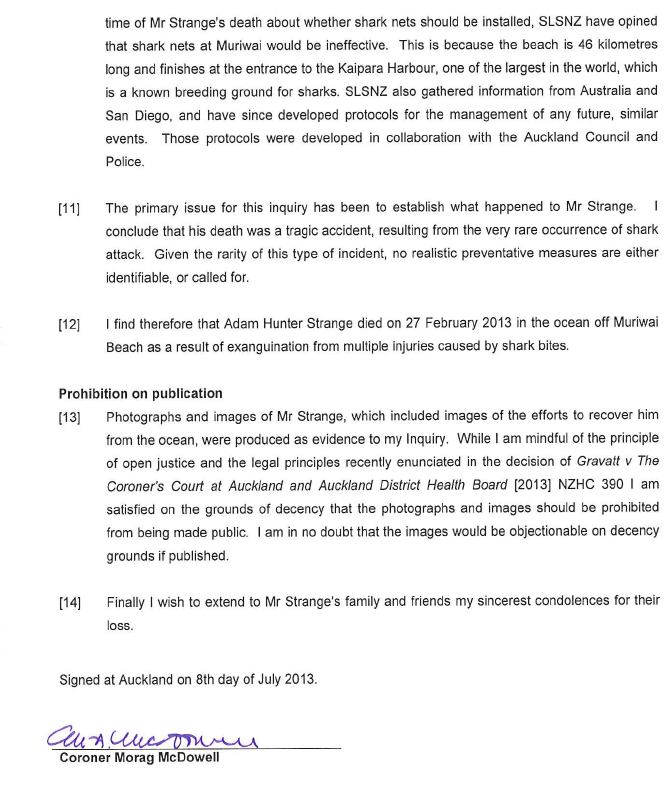