By: Helmut|Published on: May 7, 2012|Categories: Shark Attacks - Related Incidents| 0 comments

AVALON, Calif. — Authorities say a 15-year-old paddleboarder survived an encounter with a shark which bit her board several times off the coast of Catalina Island.

The Los Angeles County Fire Department said the girl was with a group of paddle boarders about 200 yards from shore when she encountered the shark Sunday morning.

The teenager was not injured, but her board was bitten several times.

The encounter prompted lifeguards to issue warnings to swimmers, divers and boaters around the island. They have been patrolling the waters but have not seen the shark so far.

” So…in the next cove over from us on Catalina Island this morning. A great white shark attack.” 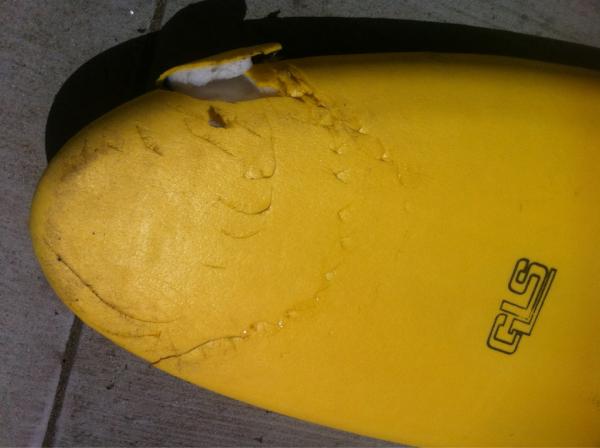