Police and beach patrol crews in Myrtle Beach are on alert after four people were bitten by what may have been a shark between 72nd and 82nd Avenue North.

The dispatch website for Myrtle Beach Police says the call about a possible animal bite came in around 1:20 p.m.

Knipes say they are possible shark bites, but they cannot know for sure until it is confirmed by a doctor or shark expert.

The victims were in the water at 74th Avenue, 77th Avenue, 79nd Avenue and 82nd Avenue North when they were bitten.

Knipes says three of the victims have been transported by EMS to the hospital and the fourth was driven in a personal vehicle. Their condition is unknown at this time.

Family and friends of the victim from 77nd Avenue North identify him as 16-year-old Jordon Garosalo from Canton, Ohio. They tell our news crew on the scene that Garosalo was bitten on the foot.

They later told WMBF News Reporter Ashley Taylor that their doctor believes that, based on the tooth pattern, his wound was inflicted by a shark.

Portions of the beach between 62nd and 82nd Avenue were closed to swimmers for over an hour, and the beaches are now reopen.

Photo: Jordon Garosalo’s family tells WMBF News he was bitten on the foot. 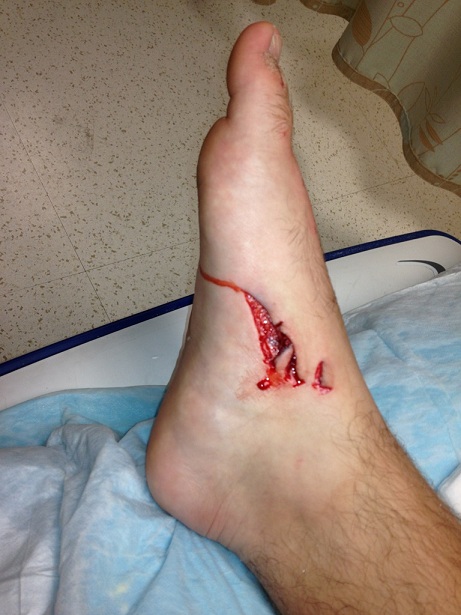