A MAN has survived a terrifying shark attack near the popular surf break of Red Bluff, about 150km north of Carnarvon in WA’s Gascoyne region, this afternoon. 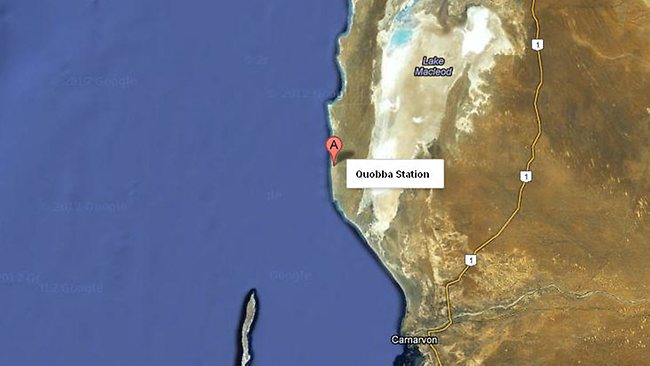 The man, believed to be a 34-year-old, had been surfing at the remote location when the predator struck about 3.25pm. An emergency call was made to the Water Police about four minutes later.

Initial reports from police suggested the man had sustained leg and abdominal injuries but was conscious.

However, it has now emerged that the surfer was bitten on the abdomen and suffered serious wounds to his right arm as he tried to fend off the shark.

He was taken to Carnarvon Hospital where he underwent preliminary medical assessment.

The Royal Flying Doctor Service will ferry the man to Perth tonight. He is expected to land at Jandakot Airport at 11pm and will be taken to Royal Perth Hospital for further medical treatment.

One eye-witness told ABC Radio that her children had helped carry the injured man from the water in the wake of the attack, but no one in the ocean appeared to have seen the incident unfold.

“The water was full of blood, that’s about it,” the woman told the ABC.

“He was conscious the whole way back though, he was OK. He was in good spirits, as well as he could be.”

Department of Fisheries regional manager Tony Cappelluti said while the man’s injuries were serious, they did not appear to be life-threatening.

“The surfer was attacked by the shark, was bitten on the abdomen somewhere, tried to fend off the shark. The shark has then bitten him on the arm and he’s got some fairly serious arm injuries,” Mr Cappelluti said.

The species of the shark has not been confirmed by fisheries experts.

Mr Cappelluti said there had been no recent shark sighting reports at Red Bluff, an extremely remote area of the WA coastline that was well frequented by surfers.

“We are not aware of any reports of shark sightings in the area. It’s a fairly remote location, frequented by surfers all year round. It’s quite isolated, very pristine.”

A talented musician and cabinetmaker by trade, he was taken by a 4m white pointer about 9am on July 14.

In April 2011, a teenager was bitten after trying to feed a one metre reef shark with the carcass of a fish he had just cleaned on a beach near Red Bluff, about 140km north of Carnarvon.

The teen spent the night at a local hospital but was later flown to Perth for specialist treatment.