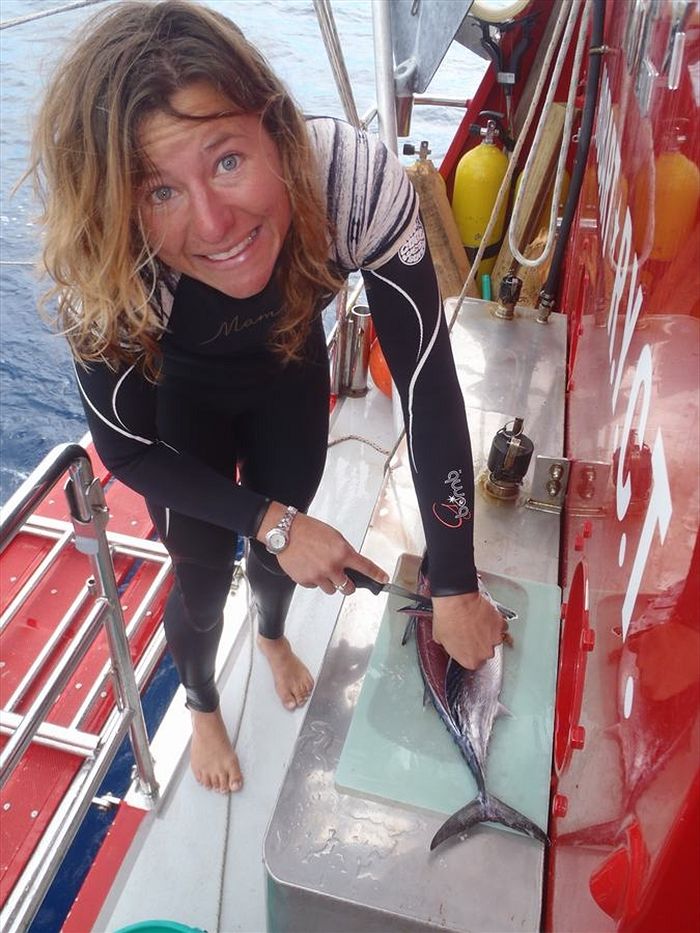 A Lennox Head woman will be flown back to Australia after being attacked by a shark off Tonga.

CareFlight will tonight fly to Tonga to meet Kylie Maguire and transport her back to Brisbane tomorrow morning. She will then be taken to the Gold Coast Hospital at Southport.

Ms Maguire, 29, was bitten on the thighs and buttocks by what is believed to have been a three-metre bull shark.

Her father Mike Maguire said the attack occurred on Monday and his daughter had been recovering well until one of her wounds became infected.

“Apparently she’s been smiling and joking and being her normal, incredibly strong self,” he said.

“She was hit by the shark in the right thigh, it was about an 18-inch-wide bite with one-inch teeth they reckon.

“But the problem is the inside of the left thigh has had about a six-inch bite, two-inch-piece of chunk taken and this is becoming infected.

“So we’ve gone from Monday everything not being too bad to yesterday, no she has to be airlifted out there’s infection setting in.

“She said when they changed the dressing it was quite painful, but I also was told the bite marks around her buttocks and thighs on the right hand side are looking really good.

“The main thing is they’ve missed all the major arteries and nerves which is really important.”

Ms Maguire had been working in the area as a ‘treasure hunter’ with the Tongan government and shipwreck explorers Tonga Blue.

However, at the time of the shark attack, Ms Maguire was swimming behind a kayak off a resort in Vava’u.

Mr Maguire said there were a lot of whales and calves in the area and one theory was that the shark had mistaken the dark, rubber kayak for a whale.

He also said the marine life in Tonga was one of the attractions to his daughter who was a keen conservationist with a particular penchant for sharks.

“Kylie wants to protect every shark and wants to stop finning happening,” he said.

“She’s very environmentally conscious and has even tried to sign up to the (whale conservation group) Sea Shepherd.”