By: Helmut|Published on: May 18, 2012|Categories: Shark Attacks - Related Incidents| 2 comments

We have already reported about the plans of Vietnamese authorities to launch a Beach Meshing Program to prevent further shark attacks (see here).

Now a recently published news-article has confirmed the installation of three shark nets, on a trial basis, off selected beaches in Quy Nhơn. It’s a coastal city in Bình Định province, located in central Vietnam.

Below is a photo series showing the deployment of the ca. 1.200 metres long nets. The source is also reporting about the use of a „system of hooks“ (longlines ?) as an additional measure.

The recommendation to introduce such protective measures has been made by local scientists from the Nha Trang Oceanography Institute. This action was motivated by a string of at least ten shark bite incidents which began in the year 2009.

About two years ago, the institute was assigned by the Vietnamese Ministry of Science and Technology to research the reasons behind the sudden change in the sharks’ behaviour which led to the unusual high number of bite incidents and to elaborate a protective strategy in order to prevent further shark attacks in the future.

Local scientists assume that the El Nino climate phenomenon was among the causes which triggered the shark attack series in Bình Định province.

They also believe that the following three shark species were involved in the bite incidents at the beaches of Quy Nhơn :

List of Shark Bite Incidents in Vietnam from 2009 to present : 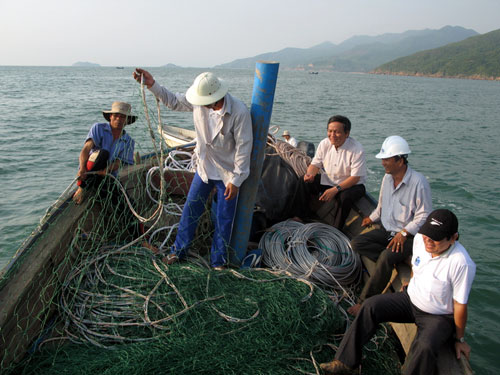 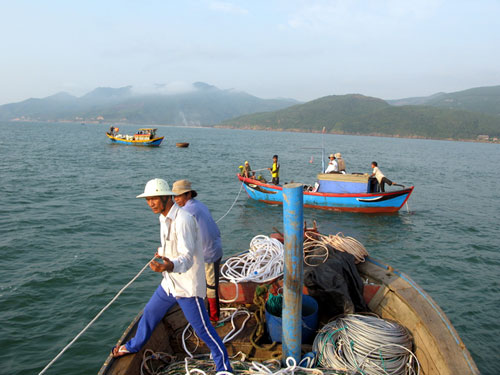 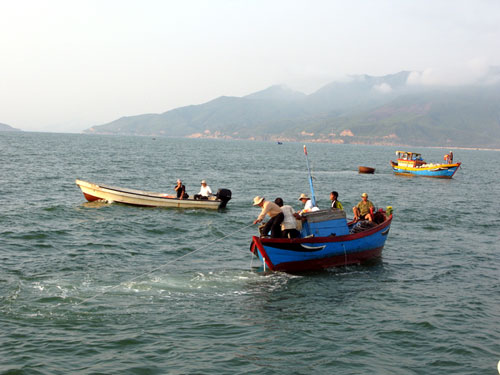 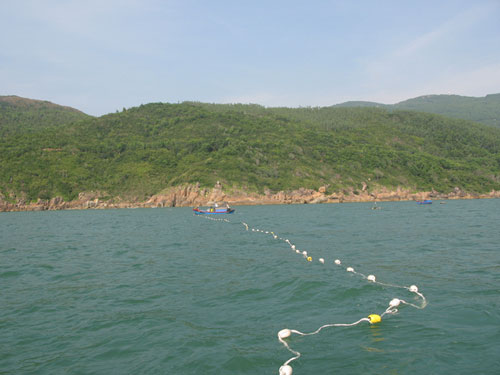