Death certificate says teenager bled to death after being bitten by shark in Recife, Brazil.

Tiago José de Oliveira da Silva might be the latest victim of a fatal shark attack off the coast of Pernambuco state in the Northeast region of Brazil.

In the afternoon of August 26 , the victim went missing while he was at the beach of Enseada dos Corais (other source: Xaréu Beach) with his sister and brother in law. The family said that the 18 years old teenager was alone in the water when he suddenly disappeared.

Two days later, on August 28, the victim’s body was recovered at nearby Itapuama Beach. The body was badly mutilated by apparent shark bite marks with massive tissue loss to the right leg.

Dr. Ricardo Cesar de Carvalho, who held the post-mortem examination, determined the cause of death as hemorrhage ( autopsy result: external bleeding of the lower extremities ).

This means that the young man did not drown. According to the local Institute of Forensic Medicine ( Instituto Médico Legal IML ), the victim bled to death due to severe leg injuries caused by shark(s). 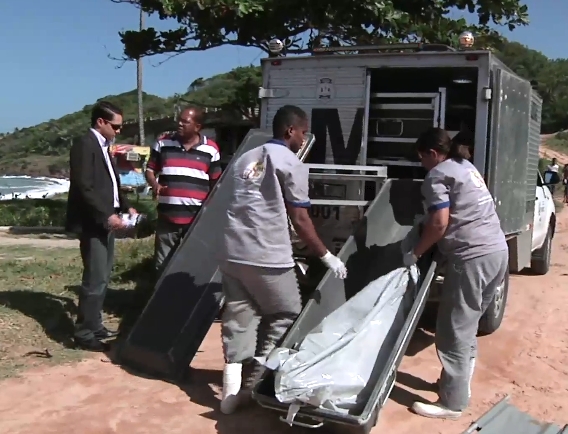