With the summer swimming season soon to start, Primorye officials and resort owners are taking extra precautions after a spate of shark attacks last year spooked locals and tourists.

At some resorts, the first anti-shark nets have already appeared.

“We are the first to have set up an anti-shark net in the Khasansky district. We have one in the water park, which is 100 meters long and reaches 30 meters from the shore, and another in the swimming area, which is 200 meters long,” local resort director Natalya Kurbanova told RIA-Novosti.

“They were made locally, just like all other nets, and are a bright orange color to scare off the fish,” she added.

Alongside upping anti-shark defenses, experts are suggesting swimmers wear more muted tones so as not to attract the sharks’ attention.

“You shouldn’t wear a shiny bathing suit, especially if it’s closed and the material occupies a large area on your body. It will shimmer and a shark could take the reflection for a fish scale and you for a fish,” local biologist Vyacheslav Ivankov told Interfax.

In June, retailers in Vladivostok reported seeing a boom in demand for shark deterrents. The devices work by creating an electronic field around a swimmer that supposedly affects the sharks’ hyper-sensitive noses. 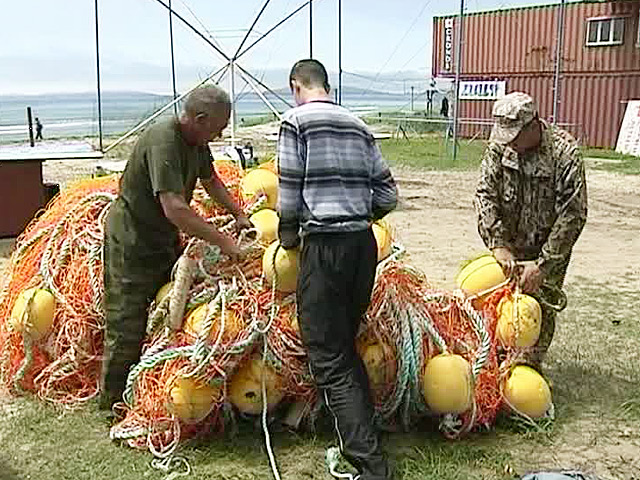