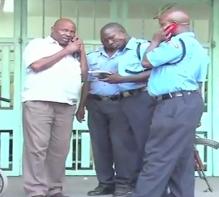 A 16-year-old boy whose leg had been bitten off by a shark, has died at the Coast General Hospital. The boy was swimming at the shores of the Indian Ocean, near Mama Ngina Drive, when the sea beast attacked him. Area residents are now blaming the hospital for negligence that led to the boy’s death.