It’s reported that George Facey was fishing in an area called Red Light Pillikin, some 18 miles from the Old Harbour Bay coastline when the incident happened.

The recovered body had some limbs missing and bore several huge bite marks.

Anthony Daley who was also on the fishing expedition, said the shark which killed Facey was one of the biggest he had ever seen in his ten years of fishing.

“Me fish everywhere in Jamaica and even as far away as Honduras, and this is the biggest shark me ever see. The shark is definitely a killer, because George (Facey) never have any fish for it (the shark) to kill him for. It is just a devil shark,” he said.

Facey was one of five fishermen who went to sea this morning.

Daley says they noticed something was wrong with Facey when he did not signal for the boat after the captain started picking them up from the water.

“Him just in the water so, and when we start pull him in we realize that his hand and foot was gone and then we see the shark, circling around,” added Daley, with a very distraught look on his face, as he recalled the tragic shark attack.

A large crowd of onlookers gathered on the Old Harbour Bay Fishing beach.
Facey is the second fisherman from Old Harbour Bay to lose his life while fishing in the area, within the last two weeks.

On February 22, Delroy Bean reportedly drowned and his body was found days later without limbs. 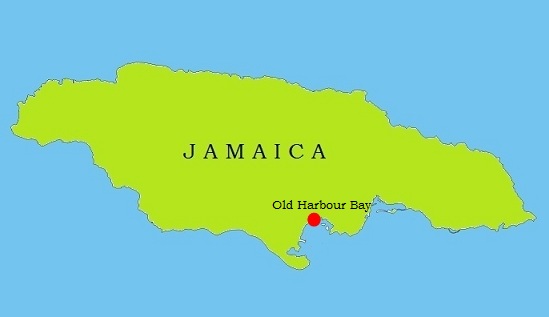