The Fisheries Department has issued an imminent threat order after a fatal shark attack at Gracetown, 270km south of Perth, on Saturday morning. 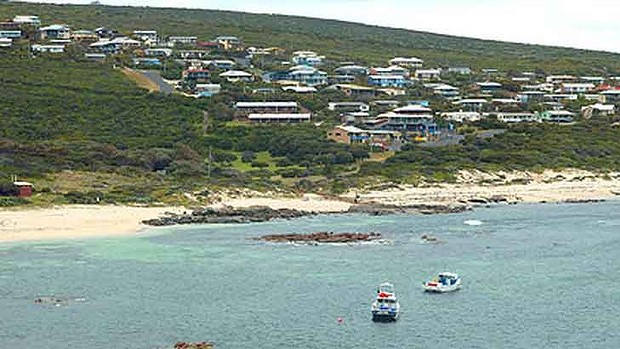 Police were called at 9.10am regarding a shark attack near the car park at the end of Lefthanders Road.

St Johns Ambulance personnel and police attended the scene and found the dead man, believed to be in his early 20s.

Due to the surrounding terrain, a helicopter was used to remove the body of the man, who had been surfing on his own, from the beach.

The site of the attack, Lefthanders Beach, has been closed – as have beaches from Umbies to South Point and onto Huzzas, North Point and the main Gracetown beach – for an initial period of 24 hours.

The director general of the Department of Fisheries has issued an imminent threat order on the shark responsible, which is believed to be a great white, with Fisheries and Marine officers en-route to the scene with capture gear to deploy in the surrounding waters.

Fisheries spokesman Ashley Malone said the imminent threat order was not a kill order and that a full assessment would be carried out on the shark if it was caught.

The death is Gracetown’s third shark-attack fatality in the past 10 years.

In 2004 surfer Bradley Smith was fatally mauled by a great white at a beach near the town, and in August 2010 another surfer, Nicholas Edwards, was killed by a shark at nearby South Point.

Saturday’s attack comes just weeks after abalone diver Greg Pickering was bitten on the face and body by a 5m great white while diving off the coast of Esperance.

And it also comes as some of the world’s finest chefs – including Heston Blumenthal – gather in the South West for a gourmet tourism extravaganza.

According to AAP, Mr Blumenthal was surfing in waters near the site of the attack on Friday.