A shark bit a man on his right leg while he was kitesurfing Thursday afternoon 100 yards off Kaa Point at Kanaha Beach Park, said Maui County spokesman Rod Antone.

Kahului firefighters responded to the shark attack report at 3:19 p.m., finding police and ocean safety officers already on scene, said Fire Services Chief Lee Mainaga. He said safety officers wrapped the man’s wound on his right calf and tended to other small lacerations on his heel.

The man was conscious and alert when he was taken by medics to Maui Memorial Medical Center where he remains in stable condition, Mainaga said.

The man, a foreign national in his early 40s, was bitten in an area from his calf to ankle, Antone said.

Later, as lifeguards were telling people to get out of the water, they spotted a 12- to 15-foot tiger shark, he said.

Ocean safety officers are in the process of closing down the beach, Mainaga said. 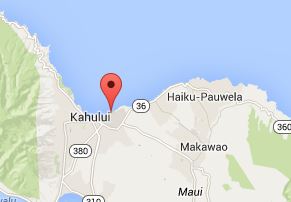