According to the local media, a 24-years old man ( named ‘Tanguy’ ) was bitten by a shark at a popular surfing spot called ‘ Le Tournant ‘ in Etang-Salé-les-Bains at about 04:30 pm. The commune L’Etang-Salé is located on the western coast of the island.

The victim sustained serious injuries with his right leg reportedly severed. He was taken by ambulance to the hospital in Saint-Pierre where he arrived at about 05:30 pm.

The mayor of l’Etang Salé and the subprefect of Saint-Pierre went to the scene of the attack. 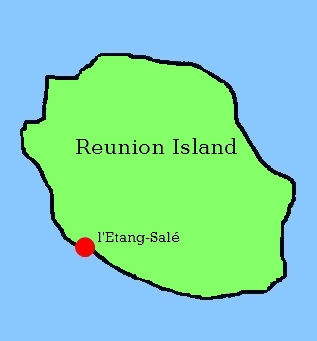