Man drives himself to hospital after shark bite.

A man who was bitten by a shark in the north of the state on the weekend drove himself to the hospital for treatment.

Sergeant Gerry Cassidy said a man was bitten while ‘free diving’ near Dampier on the Pilbara coast on Saturday morning. 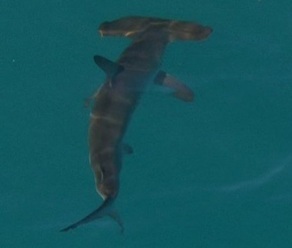 It is understood that the man did not see the animal bite him, but saw a hammerhead swimming near him after he was bitten.

The man was bitten on the calf but the extent of his injuries is unknown.

Sergeant Cassidy said the man drove himself to Nickol Bay Hospital in Karratha following the incident.

As well as a number on non-fatal attacks in Western Australia, five people have been killed by sharks in the state since September 2011.