A man was killed by a shark while body boarding at a bay in Cape Town on Thursday in South Africa’s second deadly mauling this year.

“According to eye witnesses, they saw a man being bitten by a shark,” said National Sea Rescue Institute spokesman Craig Lambinon, adding that emergency services and the NSRI had arrived on scene.

“They can confirm we have found a body of a man on rocks in a barely accessible area,” he told AFP.

“Efforts are underway at present to recover that body and once the body has been recovered we can determine exactly what it is that has happened.”

City officials confirmed the fatal attack at Kogel Bay Resort which is near Gordon’s Bay, about 50 kilometres (30 miles) from the city centre, in the eastern stretch of the large False Bay.

“A body boarder was fatally attacked and sadly passed away,” said Gregg Oelofse, head of environmental policy and strategy

Last week, coastal authorities warned beachgoers around the tourist town of Knysna that sharks were moving into the area, feeding on the remains of a whale that had run ashore more than 400 kilometres east of Cape Town.

The attack is the second shark fatality along South African shores this year after a swimmer was killed in waist-deep water at Second Beach in the rural Eastern Cape in January.

The City of Cape Town confirms that there was a fatal shark attack at the Kogel Bay Resort (between Gordon’s Bay and Rooi Els) this morning, 19 April 2012.

As per standard protocols, the City is working with the relevant bodies to investigate and will provide a full report on the matter.

Photo of shark allegedly responsible for the attack

Shark attack Cool Bay, CT 15 min ago on a surfer. Shark 4.5m in the surf. Surfer on rock 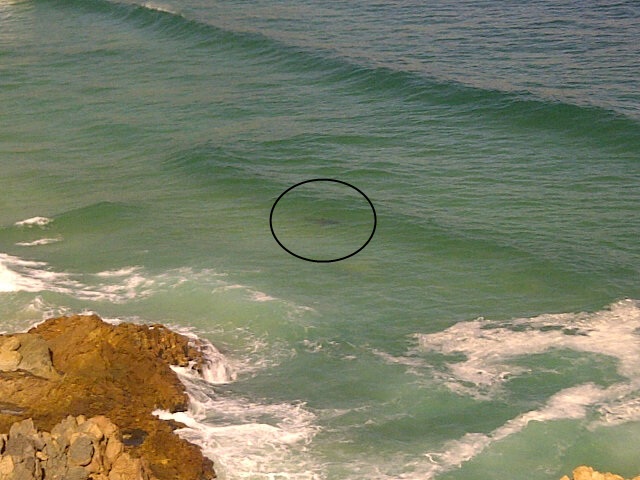 A shark research permit for a US-based documentary maker was cancelled with immediate effect after a deadly shark attack in Kogel Bay in Cape Town, an official said.

“I cancelled all the shark research permits for the project… 10 minutes ago when I heard about it (the attack),” director of Biodiversity and Coastal Research, Alan Boyd, said today.

“This incident is a tremendous tragedy and I’m very shocked. No more field work will be proceeding from here on.”

The City of Cape Town closed the Kogel Bay beach, between Gordon’s Bay and Rooi Els, after the body of the 30-year-old shark attack victim was recovered.

“We have closed the beach because there are still white sharks present in the water,” spokesperson Kylie Hatton said.

The city said it was investigating and would provide more details when available.

At the time it caused fears this could attract sharks to populated beaches.

Fischer had been in South Africa for the last month capturing and filming sharks in their natural habitat for the National Geographic documentary Shark Men.

Dirk Schmidt, a wildlife photographer and author of White Sharks, had called for a high shark alert to be issued, saying it was prudent.

“Unusual white shark behaviour and an increased presence, and possible shark-human interaction or even attacks cannot be excluded,” Schmidt said at the time.

His concern was that up to five tons of chum (bait) would be used to attract sharks to the boat. He said the chum slick could be blown closer to beaches by on-shore winds.

At the time Boyd issued the permit, he said the chumming would have little effect close to shore, especially as the large amount would be used over a 20-day period all along the southern coast.

‘The shark shook him, he was screaming’ 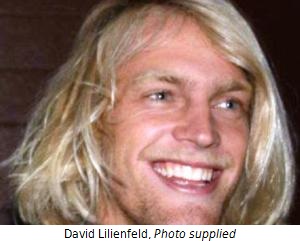 A father and son bade farewell to a beloved son, brother and ocean-lover on Thursday – huddled in grief on the rocks above the waves where David Lilienfeld was killed by a shark.

The 20-year-old bodyboarder died after a huge great white shark severed his right leg while he was in the water with his brother and friends.

Dr Dirk Lilienfeld, from the West Coast, and his son, Gustav, 18, sat with David’s body, wrapped in a bodybag, above Caves surf-spot at Kogel Bay – or Koel Bay, as it is known to surfers – between Gordon’s Bay and Rooi Els.

Surf smashed against the cliffs below them on to which David’s body had been washed 90 minutes earlier, just after noon, after a 4-5m great white shark had bitten off his right leg, high up on his thigh.

The father and son sat on the rocks, waiting for a police photographer, and then for paramedics and NSRI volunteers to stretcher the body up the sharp, rocky incline to the waiting rescue vehicles on Clarence Drive.

All Lilienfeld said quietly, in Afrikaans, to the paramedics carrying his son up the incline was: “You’re looking at a Springbok” – referring to his son’s achievement of national honours as a bodyboarder.

Three eyewitnesses told what they had seen. And such had been their view over the unfolding tragedy, that two of them photographed the attack.

Lucille Bester, from the Strand, said: “We’re very new to the area. It was a beautiful day and we were having lunch, watching the waves and the lovely scenery, checking out the surfers.

“We finished lunch… when I spotted the shark. I called my husband from the car and he confirmed it was a shark. At that point, the shark was maybe 20-30m from the surfers. There were maybe five or six surfers in the water.

“We started screaming from the top that there was a shark. Being from Joburg, we didn’t know how to get down the mountain. But they could not hear us.

“The shark disappeared, but the next thing we saw the shark come from under one of the guys and grab him. The shark shook him and then let him go. The surfer was screaming – it was terrible!

“Then it took him again. And that was it. It took him under. The first time it took him, there wasn’t any blood. But the second time there was.

”I stopped a car on the road. They phoned the cops and everybody ran down. It was something I thought I would never experience in my life. It’s been a traumatic day.”

Yusuf George, from Mitchells Plain, had pulled over for a smoke break when he witnessed the attack.

“ When I got there, they said there was a huge shark in the water. We were trying to shout to the boys to say there was a shark. But it was too late.

“The next minute I saw the shark circle this guy. The brother was on his way out to catch a wave, and his brother called out to him.

“We just saw blood all over. The brother wanted to go in and help, but he couldn’t because the shark still had his brother. The second time the shark took him, it took the boy down with him.

“A few minutes later the bodyboard surfaced. And then the body was washed on to the rocks. It was terrible to witness. I’m still shaking (six hours later). I felt so helpless – I can still hear him shouting for help…”

Mat Marais, a surfer from Somerset West, had been standing on the beach at Caves.

“I got out of the water, just to have a bit of water and to phone my wife, to tell her that I was going to surf again.”

With curling surf and windless conditions, the day was perfect for water-lovers.

“When I checked again, I saw this big dorsal fin and after that I saw him getting attacked. He was off his board and in the water. Then the shark turned around and attacked him again. Just before it attacked him, he tried to put his board between him and the shark. He was pushing the shark’s head with his board.

“But within two seconds the water turned from turquoise to red.

“After I saw the blood, I was still on the phone with my wife, so I asked her to call the police. The helicopter arrived about 20 minutes later, and the body was on the rocks.

“The shark was still swimming in the shallow water, very aggressively, cruising up and down, as if it was looking for something, for at least another half an hour.

“I’m trying to get the image out of my head, but I don’t think I’m going to be able to…”

The father and son left the scene after David’s body was transferred to a waiting police mortuary van.

Gustav Lilienfeld had earlier been offered treatment by paramedics, but had declined, to await his father’s arrival on the scene, comforted by friends.

Nearby, a crowd of onlookers watched quietly.

Earlier, an NSRI rescue craft had sped to the scene from Gordon’s Bay, as the position where David’s body lay had been near the rocks above the water’s edge – about 100m below the road. But the pounding ocean surf led rescuers to decide to rather haul the body back up the rocky mountainside and the NSRI vessel returned to base.

The specific site where David was killed was slightly to the right of the picturesque Caves beaches, in deep water about 20m from the cliffs against which the ocean pounds.

This allowed the eyewitnesses above to watch the scene unfold clearly – and see the shark continue to swim back and forth in the area for long after the attack. – Cape Argus

The City of Cape Town has compiled a report of the incident.
You can read the report  in a separate post on ‘Shark Year Magazine’ HERE .