The Kauai Police Department says a shark attacked a surfer Wednesday afternoon at Pakala’s surf spot on the west side of the island. 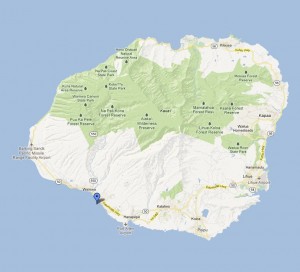 According to police the a 60-year-old man identified by friends only as “Lorrin” from Kalaheo was attacked by a shark while surfing with two friends at a west side surf break known as “Pakala’s.”

The victim was taken to the Kauai Veterans Memorial Hospital by a resident from the nearby Pakala Camp in his vehicle. The man, who estimates the shark to be around 10 feet, sustained injuries to his left foot. The extent of the injuries are unknown at this time.

The Dept. of Land and Natural Resources say shark warning signs have been put in the vicinity of Pakala Point. Signs will remain up until noon Thursday.