A shark attacked a snorkeler in Kihei this morning, prompting officials to close the beach.

The 61-year-old victim was snorkeling with another man about 200 yards offshore from 1790 Halama Street when a shark attacked him at 10:15 a.m., causing multiple lacerations to his lower left leg and thigh area, a Maui County news release said.

Officials said the size and type of shark were not immediately known, but that the victim said that the shark’s head was about two feet wide.

The victim was treated on shore and taken to Maui Memorial Medical Center.

Maui County Ocean Safety officers, Maui Fire Department personnel and officials from the Department of Land and Natural Resources closed the beach off to swimmers from Kamaole III to Waipuilani Park.

Officials posted warning signs. The county Air 1 helicopter was disptached to fly over the area and Ocean Safety were to patrol the waters via jet ski.

The area will remain closed and reevaluated Saturday morning. If there are no additional confirmed shark sightings, the area will likely be reopened at 11 a.m. Saturday, the county said. 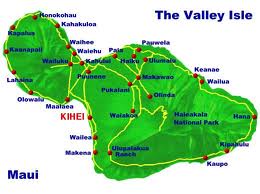