MYRTLE BEACH, S.C. — A man swimming in the ocean was injured after officials said he was bitten by a shark Saturday evening at Myrtle Beach.

WMBF, in South Carolina, reported that the victim was coming out of the water around 7:45 p.m. near the 2nd Avenue Pier, with a shark attached to his foot. Beach Patrol Sgt. Philip Cane confirmed the bite with WMBF.

Witnesses said the victim appeared to be in his late teens or early 20s. The photo of his shark bite was taken by a friend, WMBF reported.

The extent of the injuries remains uncertain. No other information was released. 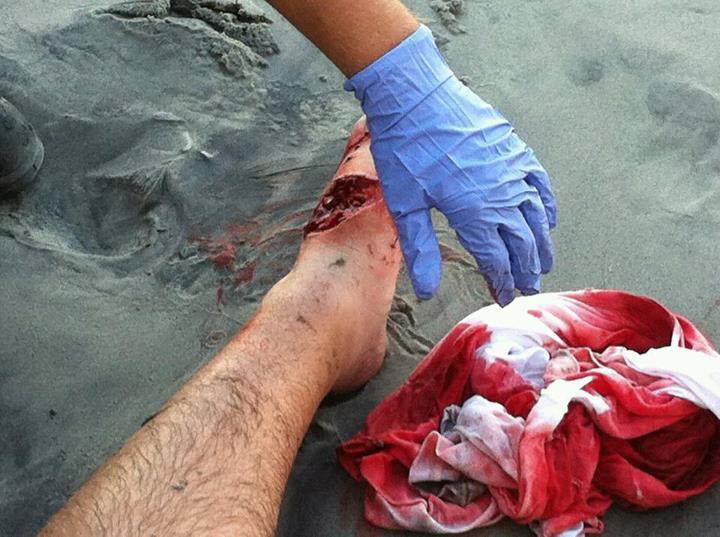