Newcastle man attacked by a shark at Redhead Beach, Australia

Newcastle man attacked by a shark at Redhead Beach 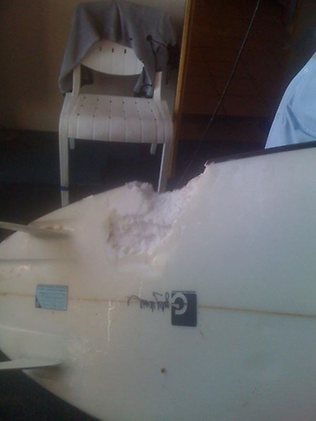 Surfer bitten by shark near Newcastle

A surfer has been seriously injured after being bitten by a shark near Newcastle.

A MAN is in a serious condition following a vicious shark attack at a popular netted beach in front of stunned swimmers.

Surfing at Redhead Beach, near Newcastle, tattoo artist Glen “Lennie” Folkard screamed for help and climbed back on his board after he was bitten on the thigh by what locals believe was either a baby great white or a bull shark.

With blood all around him, and fellow surfers coming to his aid, the shark continued to chase the 44-year-old as he paddled to safety, The Daily Telegraph reported.

Lifeguards dragged him from the shallows and he was rushed to John Hunter Hospital in a critical condition. Late last night he was listed as stable after surgery.

Surfers said they saw a disturbance in the water before Mr Folkard climbed back on his board and yelled: “I’m in trouble, I’m in trouble”.

Witness Peter said the scene was frighteningly reminiscent of the movie Jaws.

“My son actually said he saw the shark leap out of the water and grab a fish,” he said.

“(The man’s) skin was really grey, he obviously lost quite a lot of blood. It was kind of like Jaws, you know, the scene at the start … where everybody’s pulled out of the water and it’s a hot day and the water’s inviting.”

There were about 500 people on the beach with scores in the water at the time.

Surfer Steve Tidey was about 15m from the victim when the shark attacked.

“There was a disturbance in the water and I looked back and saw him get back on the board, there were bits of his board floating in the water and blood was streaming out from behind him. I knew there had been a shark attack,” Mr Tidey said.

“The damage to the board doesn’t look all that bad, but skin is a lot different to a fibreglass surfboard. He was good all the way to shore and as soon as we hit the shore and rolled him off his board – that’s when he started losing consciousness a bit.

“They got the Oxy-viva on him and then he was pretty lucid all the way into the shed.

“He was joking about how it was his favourite board.”

Even though it is known as a “netted” beach, lifeguards could not confirm if there would be nets in the water today, or if there were any in the water at the time of the attack.

NSW Fisheries randomly remove and set the nets at various beaches in the area.

It is the first shark attack at a netted beach since February 2009 when a Bondi surfer lost his hand.

Since the NSW shark meshing program was put in place in 1937, there has only been one fatal attack on a meshed beach.

That occurred at Newcastle’s Merewether Beach, just a few kilometres north of Redhead Beach, in 1951.

Mr Folkard, believed to be a father of three, has inked many Newcastle Knights tattoos, including Former NRL star Andrew Johns.

Johns last night said he was shocked to hear of the attack because he too was a keen local surfer.

A friend who asked not to be named described Lennie as a “really nice fellow”.

“shark attack victim lenny (sic) tattooist from charlie hope all will be ok xx,” one wrote.

“Aww poor guy. He did my tatt, yrs ago. Hope he is ok,” another person wrote.

The State Government’s “shark meshing program” started on Sydney’s ocean beaches in 1937. It now covers 51 beaches between Newcastle and Wollongong.

The nets do not stretch from one end of the beach to the other. Instead they are a series of short nets, set near the bottom. 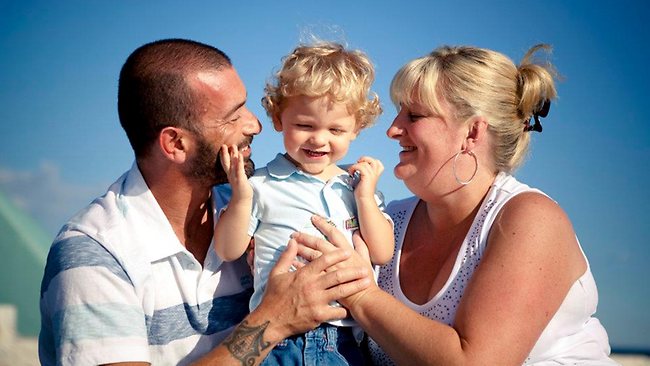