By: Helmut|Published on: May 15, 2012|Categories: Shark Attacks - Related Incidents| 0 comments

Warnings were posted in Cambria after a great white shark bit down on a kayak off the coast moonstone beach this past Saturday.

The bite left a 24′ gash in the kayak. According to fish and game over the years there have been several credible great white sightings on the central coast. Mike Harris, an environmental scientist for the department says, “to me it seems reasonable that there could be more white sharks in the area, and if there’s more sharks there’s going to be more interactions with sea otters, kayakers or surfers. So it could be that there is an increase in sharks numbers in the area but the data is not there yet to really support that.”

The department of fish and game says locally they’ll be doing studies within the next year to address the increase in shark activity. 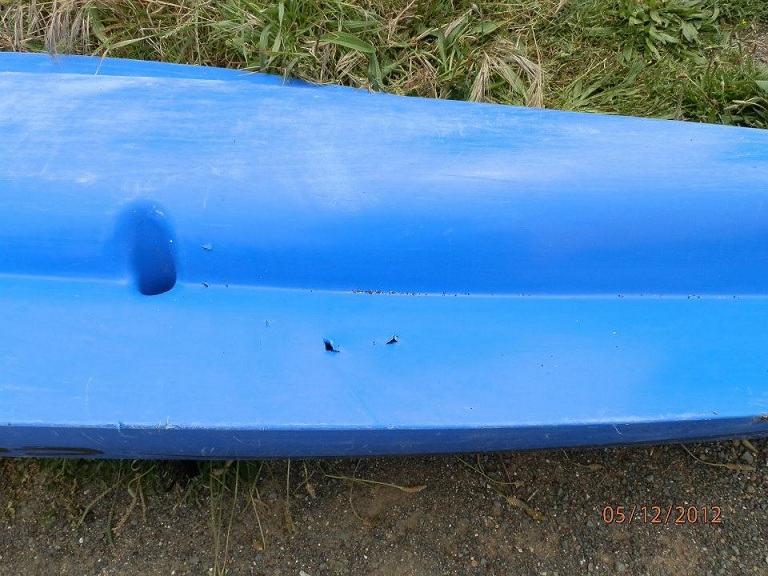