Sea Rescue today presented four men with awards for the part that they they played in saving Michael Cohen’s life after he was attacked by a shark in Fish Hoek on the 28 September 2011.

Directors Thanks were given to Doug Drysdale and Hugh Till (who was not able to be at the presentation) and letters of appreciation were given to shark spotter leader Monwabisi Sikweyiya and medics Darren Zimmermann (Simons Town NSRI station commander) and Heath Giloi (NSRI Kommetjie volunteer). Cape Medical Responce medic Kim Yon was unable to attend. 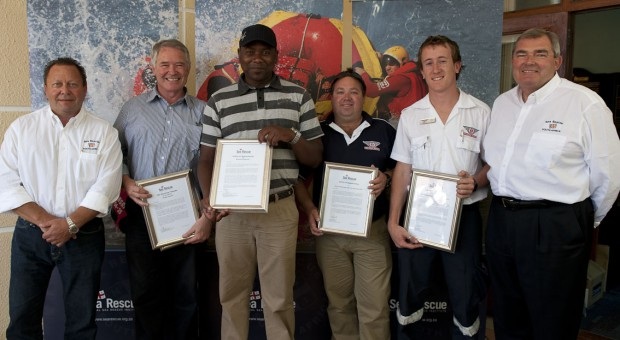