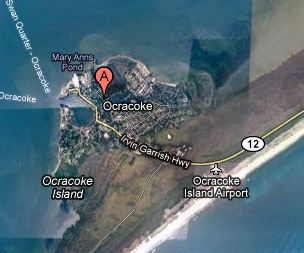 A five-year-old is hospitalized following a shark attack off Ocracoke Island, according to Hyde County authorities.

Hyde County Deputy Emergency Services Director, Brian Carter, said in a news release, “Bystanders described what appeared to be a shark attacking a child in the South Point area.”

Carter says the five-year-old girl was flown to an area hospital. The patient’s condition and identity are both unknown at this time.